Talk till the minutes run out 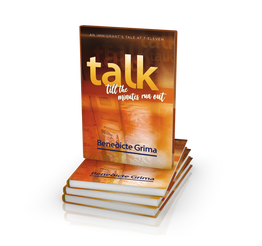 “This bittersweet story of hardscrabble migration and exile in the west simultaneously tracks
another story, that of a Pashtun homeland, the Swat Valley in Pakistan, transformed by political chaos, religious militancy, and economic dislocation. While Malala Yousafzai survived such trauma and flourished at Oxford, Grima reminds us that the Exit-West journeys have complex outcomes for individuals of particular ages, educations, genders, kinship relations, and cultures. This is a tale of sacrifice, duty, and love. It follows a personal struggle to preserve a customary home and family relations amidst the alienations and dislocations of a world transformed by the twenty-first century.”
- Robert Nichols, Stockton University.  Author of A History of Pashtun Migration 1775-2006.
​
​
“Grima, one of America’s few Pukhtun scholars and an extremely keen observer of Pukhtun culture, both in its homeland and in the diaspora, follows an ordinary Pukhtun family as it survives in its native area, beleaguered by Taliban and the Pakistani military, and as some of its members seek fortunes but not assimilation in places as far as America.  Their story ends with their cultural identity intact but their aspirations defeated in many ways by the modern post 9/11 world.”
-John Dixon, Former Diplomat in Pakistan​


“Novelist Benedicte Grima has taken an under-represented world she knows well from her own work over several decades as folklorist and ethnographer and offered up the reader a rare and stunning glimpse of those islands of immigrants who survive abroad while not assimilating to their foreign surroundings.  Seen through the eyes of the well-meaning, bumbling, unprepared and deeply culturally entrenched family patriarch…this is an important story for our times and should be read by anyone who wants to understand more deeply what it means to belong in our vastly interconnected world.”
-Beebe Bahrami, Anthropologist and Author of books: Camino de Santiago, The Spirtual Traveler, Café Oc, and Café Neanderthal.
Vertical Divider

Secrets From the Field

Selected as finalist for the 2019 Eric Hoffer Book Award
In Expedition (Volume 47, Number 2) Secrets from the Field was reviewed by BeeBe Bahrami.
​https://www.penn.museum/sites/expedition/the-maya-pashtun-and-egypt/

The Performance of emotion among paxtun women

"There are two overwhelmingly important contributions here, one concerning the issue of gender and genre and the other concerning textual representation."
​-Steven Feld, associate professor of anthropology, University of Texas at Austin​


"The Performance of Emotion Among Paxtun Women, by Benedicte Grima (Univ. of Texas, 1992), and Rhetorics and Politics in Afghan Traditional Storytelling, by Margret Mills (Penn. Univ. 1991). Poetry and storytelling are the two greatest Afghan art forms, and they provide a valuable lens for understanding cultural dynamics and individual motivations. Grima's work focuses on women's poetry of the eastern border area, while Mills looks at how political sentiments emerge through an evening of humorous, and sometimes bawdy, stories told by a group of men in the city of Herat."
-David B Edwards, Washington Post, "Experts' Picks"
​

"Benedicte Grima's 'Performance of Emotion Amoung Paxtun Women' is one of the very few extended studies of Pashtun women. The Pashtun (or Pathan, or Pakhtun, or Paxtun) ethnic group predominates amoung the Taliban and Pakistan's Northwest Frontier province, where Ms. Grima conducted her research. Drawing on the lives of Pashtun women who tell their life histories, she argues that a powerful ethic of forbearance severely limits traditional Pashtun women's ability to mitigate the suffering they acknowledge in their lives."
-New York Times "Think Tank,"  "Who the Afghans Are and What Motivates Them: A Reading List" p.15.


"Middle Eastern peoples are vividly expressive, although little of it shows in ethnographies from this region. Partly to restore expressive experience, some ethnographers of Middle Eastern peoples have turned to more person-focused accounts...
"The Misfortunes Which Have Befallen Me, although firmly within this most recent person-focused swing, avoids confusing the ethnographer's person, presence, or witness with her subjects'. Benedicte Grima's study of the expression of emotion among Paxtun women of the Pakistan-AFghanistan borderland resolutely focuses on expression, and not just as a window to some other data.
"...Grima's analysis builds on previous work that she assesses as gender-biased. In this respect, The Misfortunes Which Have Befallen Me rounds out and adds depth to the ethnographic literature on Paxtun culture derived from men's performances of honor...
"Deft, careful, and well documented, this is a case study that should prompt rethinking of comparable material from elsewhere in the Middle East, and belongs on the syllabus of any contemporary ethnography course."
-Jon Anderson, Catholic University of America. Anthropology and Humanism 19(1):109-110, American Anthropological Association


"This book is important for those who are interested in the study of ethnic identification of an important group in South Asia with special reference to the behaviour of its womenfolks."
-Abuzar Rayees, Thirdworld